Formulation of a Hypothesis in research is an essential task in the entire Research Process that comes in the third step. A hypothesis is a tentative solution to a research problem or question. Here, we will cover a functional definition of a hypothesis & basic Steps in the formulation of hypotheses for your research.

What is Hypothesis in Research?

A hypothesis is a tentative statement of a proposition that the researcher seeks to prove. It’s basically a concrete generalization. Of course, this generalization requires essential characteristics that pertain to an entire class of phenomena.

When a theory is stated as a testable proposition formally and subjects to empirical verification we can define it as a hypothesis. Researchers make a hypothesis on the basis of some earlier theories and some rationale that is generally accepted as true. The hypothesis test finally will decide whether it is true or rejected.

So, to clarify a hypothesis is a statement about the relationship between two or more variables. The researcher set out the variables to prove or disprove. Hypothesis essentially includes three elements. For example-

In the above examples- variables are- Rewards & Achievements.

Steps in Formulation of Hypothesis

A hypothesis is a tentative assumption drawn from practical knowledge or theory. A hypothesis is used as a guide in the inquiry of other facts or theories that a researcher does not know. However, the formulation of the hypothesis is one of the most difficult steps in the entire scientific research process.

Therefore, in this regard, we intend to point out the basic steps in the formulation of a hypothesis. We are pretty sure that this guideline will be helpful in your research work.

At first, with a view to formulating a hypothesis, you must define your variables. What do you want to test? Will you test that rewards increase reading achievement? Or do rewards decrease reading achievement? Whatever your goals are, they need to be clearly defined, quantifiable, and measurable. This will provide you with a clear idea of what to follow to achieve results.

3. Specify the Nature of the Relationship

5. Make Sure Variables are Testable

Variables in your hypothesis must be testable. Otherwise, the hypothesis would be worthless. Because your research study must accept or reject a variable. So, variables you must need to test. Testable variables can only be accepted or rejected. Moreover, the sole aim of a research hypothesis is to test variables in the long run.

How to Choose a Research Design?

Research Concept and Definition with Examples 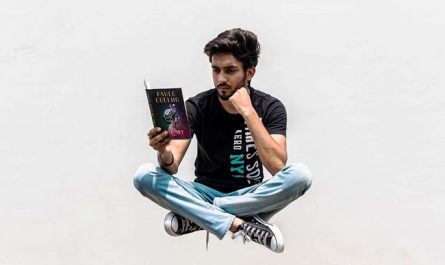 Reasons Why is Reading Important in Today’s Society

7 Skills of a Good Researcher Must Have

CampusCareerClub.com is supported by its audience. When you purchase products through links on this website, I may earn a commission. Learn More.